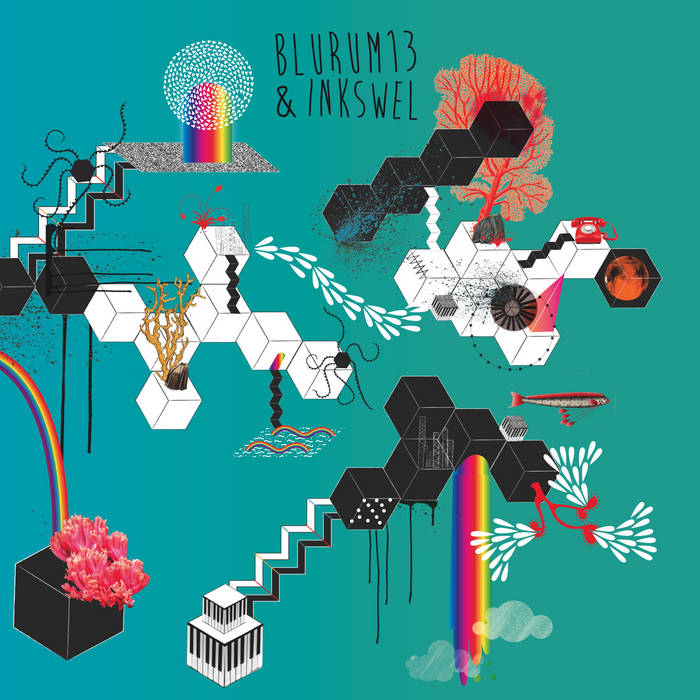 Many many years ago Blurum 13 was on tour with his old group One Self (DJ Vadim, Yarah Bravo & Blurum 13) in Australia, they stopped past Adelaide for a sold out show at the peak of their debut albums stellar success. A young up and coming beatmaker and mc was at the show, unknown at the time, studying his craft and absorbing the music like a sponge- after the gig they hung out and drank chai tea and talked about their touring life, this struck accord with the young producer and influenced him to work hard at his craft. Years later this unknown producer has made his mark on the beats, boogie and house music seems respectively under the alias Inkswel, working with BBE records and other respected labels and fusing the beats he once nerded out over. One self no longer function and Blurum 13 has been steadily releasing a dope catalog of solo work, fast forward to the internet age of 2016 and the two connected online after mutual respect for each others work. Originally starting as a small vibe, the eventual project manifested as the RAINBOWS, BUTTERFLIES and GANGSTAS ep on BeatGeeks Rec.! Raw Hip Hop soul music with an abstract blunted edge.

Bandcamp Daily  your guide to the world of Bandcamp

Featuring Oakland sounds from the Smart Bomb collective and Samplelov.